Situation of the Thai Elderly

Reinvigoration of the Thai Medicinal Plants through a New Approach 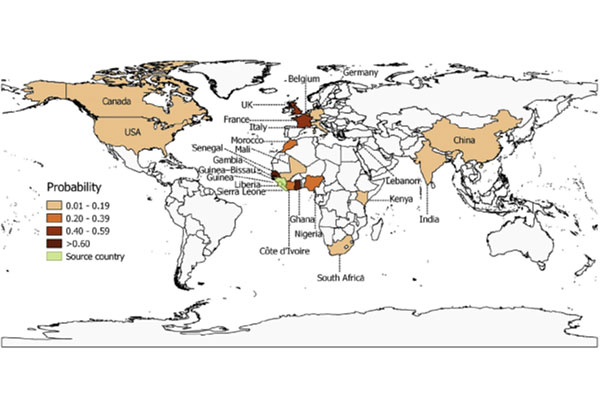 In this study, the authors exploited the WHO official reports on number of Ebola cases to construct an infectious susceptible-infectious-recovered (SIR) model and calculated the effective reproduction number of the massive Ebola outbreaks in the three widespread epidemic West African countries namely Guinea, Liberia and Sierra Leone in 2014-2015. Subsequently, the model was taken into account in the import risk estimation with the average number of air travelers outbound from the three countries to the top 20 countries of destinations. The results revealed that our model outputs were in line with the actual observed imported cases. In the final step, the authors further assessed the effectiveness of the air travel restriction measures and found that the risk to import the virus into the new territories was dramatically decreased by 67.7%. However, the outbreak control at the sources of viral dissemination was far more important. The study is also applicable for other emerging diseases in different geographic locations.