Faculty of Social Sciences and Humanities

Asian Summer Monsoon Variability During the Holocene: A Synthesis Study on Stalagmites and Tree Rings from Thailand and China 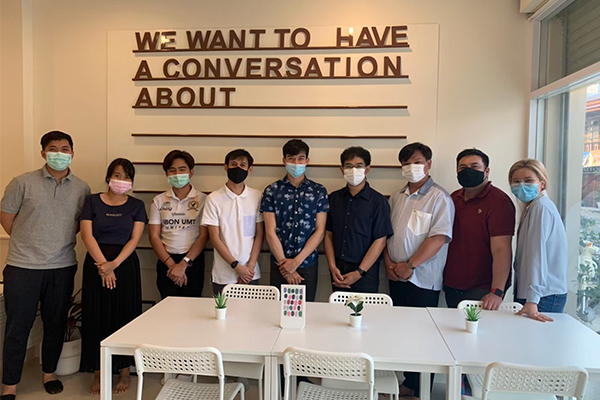 Addressing the continuum of care among high-risk Thai men

The HIV epidemic in Thailand is escalating among young men who have sex with men (YMSM). Particularly, HIV prevalence among YMSM is estimated to be 10-15% in Northeastern Thailand. Obviously high-risk sexual behavior is occurring, and the uptake of HIV testing remains low even though free testing services are offered by public clinics. Despite provision of free antiretroviral treatment (ART) by the government, less than 25% of HIV-positive YMSM (HIV+YMSM) are retained in care, suggesting very few have achieved viral suppression. The suboptimal access to HIV testing and treatment services among YMSM pose tremendous challenge in much needed prevention efforts to improve linkage to care and achieve individual and community viral suppression to prevent onward HIV transmission. Community mobilization and an empowerment approach that targets barriers at individual, social/community, and health systems levels are needed to improve access to prevention and treatment services, including sexual risk reduction, HIV testing, and linkage and engagement in the care continuum (CC). Based on a cultural adaptation of the evidence-based Mpowerment intervention, we developed and piloted HUG-M, a multi-level, theory-based intervention that diffuses social support and empowers the YMSM community in order to establish social norms supportive of risk reduction and biannual HIV testing. HUG-M was acceptable to YMSM in a prior pilot study, feasible to implement, and has the potential to increase HIV testing and decrease sexual risk behavior. The proposed study will test a community mobilization, multi-level intervention in two well-matched cities in Northeastern Thailand. The project’s aims are: (1) to finalize and manualize HUG-M+, a community mobilization, multicomponent, multi-level, combination intervention that focuses on the entire Continuum of Prevention and Care, (2) to implement HUG-M+ for 2 years in collaboration with the Thailand Ministry of Public Health (MOPH) clinics that provide HIV testing and treatment, and (3) to evaluate the pilot efficacy of HUG-M+ in decreasing sexual risk behavior; increasing HIV testing to at least biannually; and increasing prompt, sustained engagement in care among men living with HIV by (a) longitudinal cohorts of YMSM in two cities in Northeastern Thailand; oversampling HIV+YMSM, which will provide data on the CC including sexual risk behavior; anal bacterial STIs; HIV testing frequency; and engagement in care among HIV+YMSM; and (b) longitudinal public health data, already collected by the MOPH, which include CD4 and viral load data for HIV patients. If this pilot is shown to be effective, a follow-up larger, multisite study of it may be proposed.