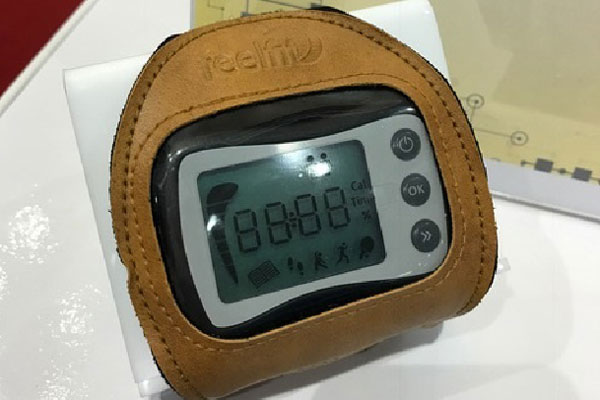 Background and Objective : Physical Inactivity is one of risk factors that lead to Non-Communicable Diseases (NCD). In 2009, 11,129 Thai people died from physical inactivity. Moreover, sedentary behavior in Thai people continue increase. In 2011, Thai people spent 13:25 hours for sedentary behavior per day and increase to 13:42,13:54 in 2014 and 2015 respectively. The first four activity in sedentary behaviors of Thai people are sitting, playing smartphone, laying down, and watching television. This also consists to rapid in obese rate increasing from 28.7% to 34.7% in decade.

Project : Thai Health promotion foundation and Faculty of engineering Mahidol university cooperate to research a physical activity in daily life. We have reviewed a lot of research papers both domestically and internationally then collected Thai physical activity data. This project integrated knowledges of Medicine, Engineering to create Physical Activity measuring equipment (FeelFit®). Moreover, this equipment was used to promote and increase people to have an active living which is follow the WHO recommendations that separate physical activity into three levels which are light, moderate and vigorous.

Activities :
1.) Developed physical activity indexes and normalized Thai activity collected data
We created databased of general activity in daily life such as running, walking and cycling. Then observed indexes of physical activity follow WHO instructions. We also research in Thai traditional activity which is Thai dance.
2.) Prototype redesigning of Physical Activity equipment
For mass production, we must re-design prototype follow the CE standard and for manufacturing (DFM). Some components were changed in this process.