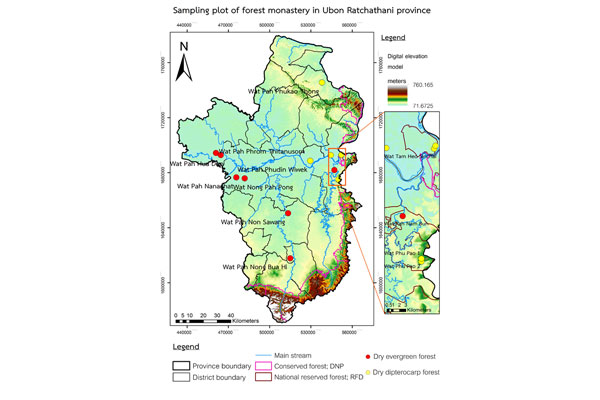 In addition, the assessment of plant species within the green areas of the forest monasteries, using the International Union for Conservation of Nature (IUCN), found that there are 30 species of plants out of a total of 171 species that are on the IUCN red list. A majority of the species of plants are in the Dipterocarpaceae and Fabaceae family. These can be categorized in accordance to risk levels as Critically endangered (CR), Endangered (EN), Vulnerable (VU), Near threatened (NT) and Least concerned (LC). The status for each plant species, listed from CR to VU, are shown in table 2.