Identification of Biomarkers for Nasopharyngeal carcinoma 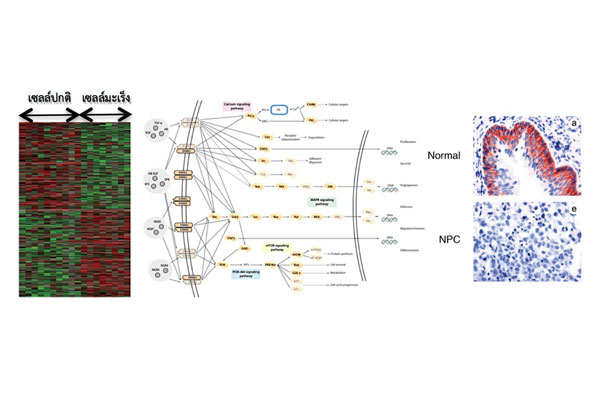 Nasopharyngeal carcinoma (NPC) mostly appears in advanced stages due to the silent and painless area of the primary anatomical site of tumor growth. NPC has a poor prognosis because of late presentation of lesions, poor understanding of molecular pathogenesis, and lack of suitable biomarkers for early detection. We identified important pathways and molecular biomarkers using transcriptome meta-analysis and identified known and predicted functional interaction networks and biological pathways. The ErbB pathway, which was found differentially-expressed in the meta-analysis, was further validated. The results indicated that ERBB3 expression was an independent prognostic factor influencing patient survival. Then differentially-expressed genes in the NPC tissues from patients at the point of diagnosis and the points of recurrence, after therapeutic treatment, were identified using microarrays. Altogether, our results provide new insights to further our understanding in the pathogenesis of NPC and may lead to identification of molecular biomarkers for NPC diagnosis and treatment.