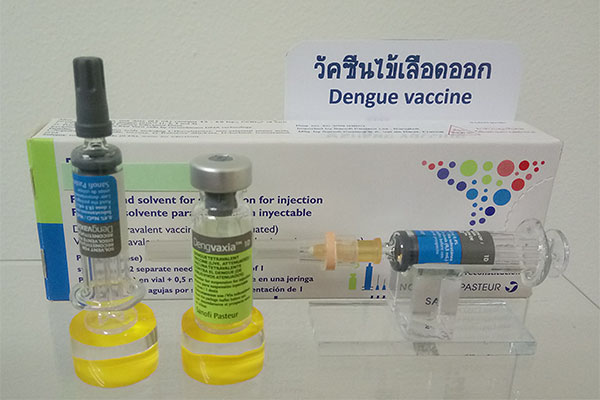 Background : We previously reported that vaccination with the tetravalent dengue vaccine (CYD-TDV; Dengvaxia) may bias the diagnosis of dengue based on immunoglobulin M (IgM) and immunoglobulin G (IgG) assessments.

Results : There were 1284 VCD episodes (575 and 709 in the CYD-TDV and placebo groups, respectively) and 17673 other febrile episodes (11668 and 6005, respectively). Compared with VCD, the sensitivity and specificity of probable dengue definition were 93.1% and 77.2%, respectively. Overall positive and negative predictive values were 22.9% and 99.5%, respectively, reflecting the much lower probability of correctly confirming probable dengue in a population including a vaccinated cohort. Vaccination-induced bias toward false-positive diagnosis was more pronounced among individuals seronegative at baseline.

Conclusions : Caution will be required when interpreting IgM and IgG data obtained during routine surveillance in those vaccinated with CYD-TDV. There is an urgent need for new practical, dengue-specific diagnostic algorithms now that CYD-TDV is approved in a number of dengue-endemic countries.